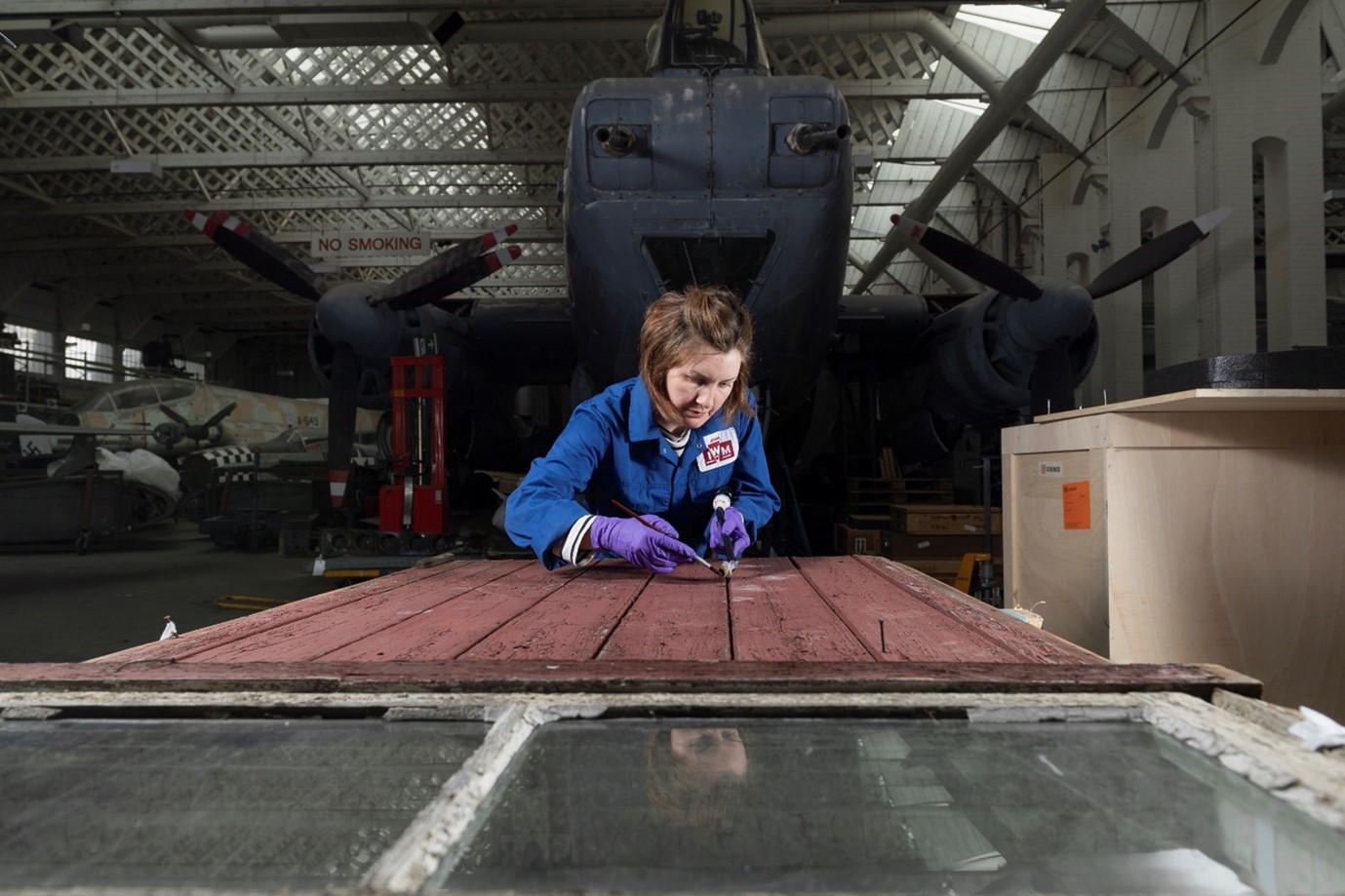 ICM were tasked with treating components of a wooden barrack that is probably the last remaining part of Velten, a sub-camp of Ravensbrück and Sachsenhausen concentration camps, for Imperial War Museums (IWM). Although there were no clear signs of insect pest activity, the barrack had been kept outside for decades and was therefore at risk of wood-boring insect attack. Treatment was a precautionary measure, to eliminate the risk of introducing new insect pest populations on site at IWM, where the barrack panels were to be installed in the Museum’s new The Holocaust Galleries.

History of the Barrack

The section of barrack that IWM acquired is probably the last remaining part of Velten, a sub-camp of Ravensbrück and Sachsenhausen, known to be in existence. It is from one of only six wooden huts erected at Velten as living quarters for imprisoned female inmates who were used for slave labour for local armaments factories. The women were forced to work 12-hour days, producing parts of aeroplanes that were then supplied to Heinkel- Werke in Oranienburg – an aviation company producing planes for the Luftwaffe. These six wooden barracks were intended initially to house 600 female inmates, but as the need for slave labour grew, the number of inmates peaked at 722 by the end of 1944. This included women largely of German, Polish, Czech and French nationality, amongst which were Jewish and Roma inmates.

After the Second World War, a local man dismantled one of the barracks at Velten and took it home, where it was re-assembled. He lived in the barrack with his family, while he rebuilt the family home which had been extensively damaged during the war.

It remained on the site until 2017, when the landowners decided it was time to take the barrack down. It was subsequently offered to and acquired by Imperial War Museums. 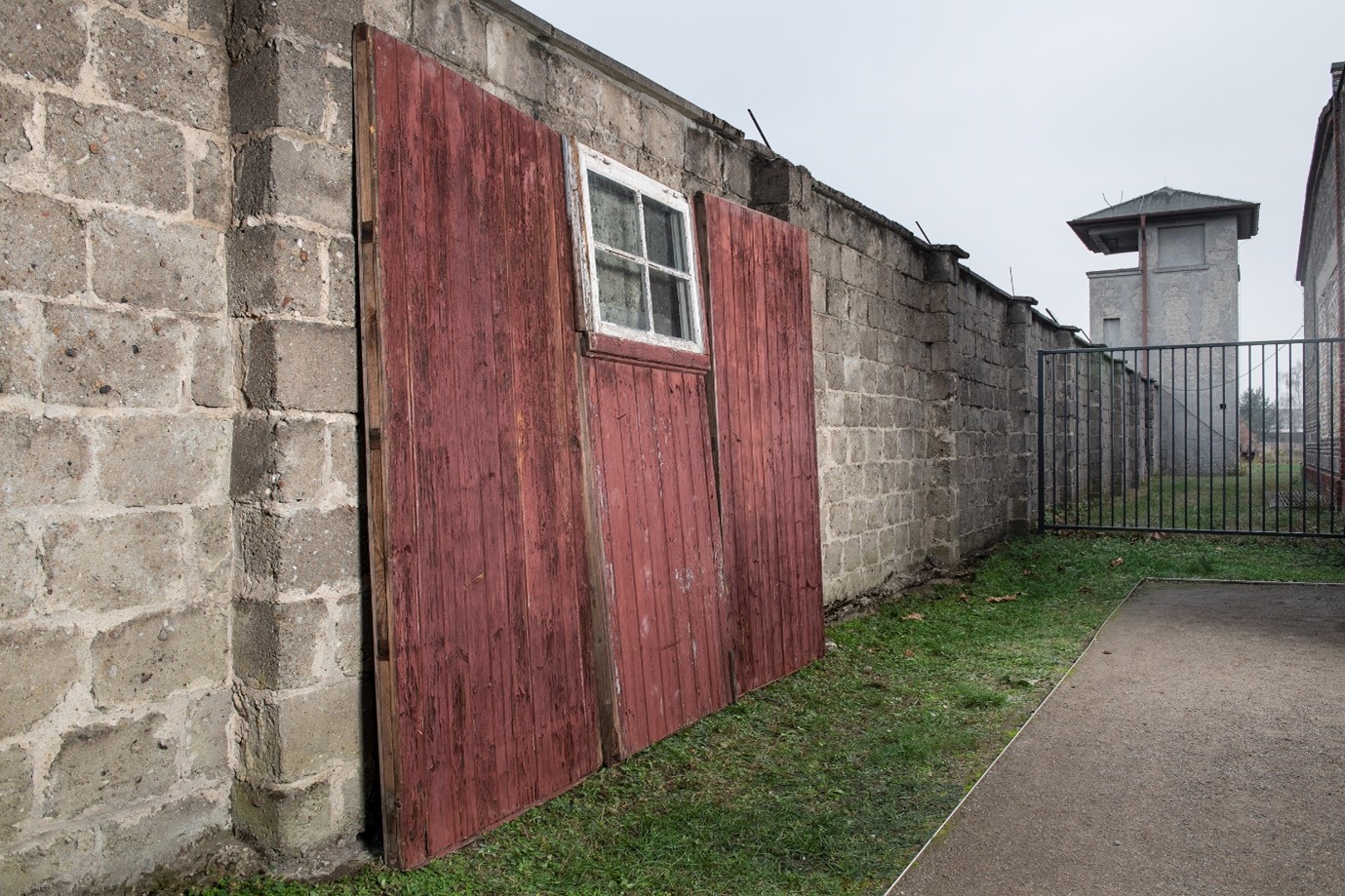 The primary focus was on wood-boring insect pests. The most common of which, found throughout Europe, is the furniture beetle (Anobium punctatum), more commonly referred to as ‘woodworm’.

They are typically found in objects that have been housed in environments with high humidity or items that have been stored outside that may have become saturated during regular wet or cold weather. Evidence of an Anobium infestation and other wood-boring insects is primarily through exit holes found in the wood’s surface and frass (insect excreta) which looks and feels like fine wood powder. Exit holes are produced by adult specimens vacating the wood to search for both a mate and a suitable place to lay their eggs. As adults, they consume very little wood; merely enough to tunnel their way out.

It is at the larval stage (a considerable majority of their circa 5-year life cycle) in which they are at their most destructive. The larvae never surface, but continue to consume, constantly tunnelling inside the wood they inhabit. Eggs are laid in minute, existing cracks in the wood and once hatched, the larvae bores into the wood. Both eggs and the holes made by newly hatched specimens are impossible to see with the naked eye. As a result, Anobium can go undetected for years, boring tunnels that weaken the wood’s structural integrity.

Once visible evidence caused by the departing adult specimens is found, the damage has already been done.

Museums and galleries take this risk very seriously and opt to take precautionary measures in treating incoming items which are both susceptible to wood-boring insects or have been in an environment that could encourage infestation.

ICM® offers a sustainable option in insect pest eradication; our unique humidity regulated warm air treatment process. Items are placed in the ICM service chamber, which is then heated to the insects’ ‘kill’ temperature; approximately 48 – 52°C. Objects are heated right through to their core, ensuring 100% eradication.

Conservators at IWM wanted to preserve as much of the original paint layers and finish as possible – and in part, selected ICM’s process owing to the very gentle method used. As the barrack had been stored outside for decades, there was a risk of it having a high moisture content. As saturated wood dries, the wood ’shrinks’ as it loses its’ moisture, which can cause painted or finished surfaces to crack and flake. ICM’s process constantly controls the relative humidity inside the chamber to prevent any exchange of moisture between the object and the surrounding environment, thus avoiding damage to finishes or paint layers as the chamber slowly warms.

The ICM® process is based on the fact that insect proteins denature irreversibly at temperatures between 42-52°C, dependent on the species. The treatment will kill insects at any stage of their life cycle and can be used in the fight against all heritage eating insects including the common furniture beetle (Anobium punctatum), clothes moths (Tineola bisselliella, Tinea pellionella), varied carpet beetles (Anthrenus verbasci) and silverfish (Lepisma saccharina).

When the barrack arrived at ICM’s London service centre, the barrack panels were packed, slotted into a museum crate. For treatment, the crate was opened, and the panels were carefully removed one by one and placed in the ICM chamber, stood upright, supported by steel bars which are secured across the chamber’s width.

One panel, containing a small window, was laid flat, with padding laid underneath to protect the original glass, eliminating the risk to any loose panes.

Removing the components from their crate allowed for full air circulation around each individual component. This ensures the target ‘kill’ temperature is achieved to the object’s core and the relative humidity is accurately controlled throughout the process. The crate was also treated to ensure the entire consignment was free of insect pests and suitable for future use. 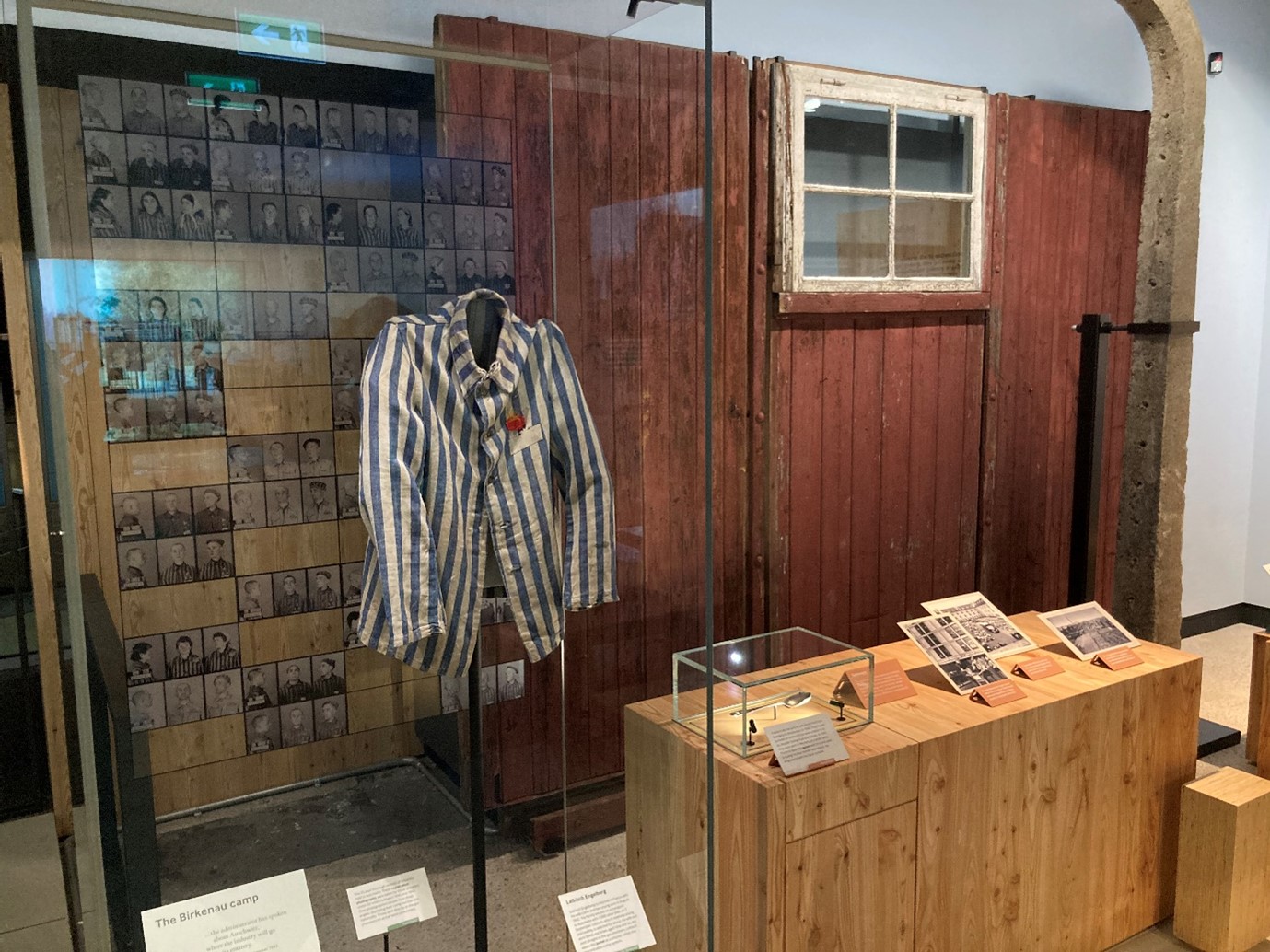 One of the barrack panels on display in The Holocaust Galleries, IWM London. © ICM

The Importance of the New Holocaust Galleries, IWM London

This is the first time that a museum has housed interrelated Second World War and Holocaust Galleries under the same roof.

Imperial War Museums opened these two sets of galleries in October 2021. Their aim is to preserve this history and to educate future generations.

The Holocaust Galleries use a combination of original objects and personal stories to provide a complex account of how these events occurred in the heart of modern Europe. ICM are proud to have assisted in preserving this piece of history, to ensure these stories are never forgotten.